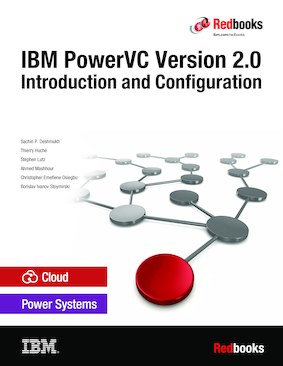 IBM® Power Virtualization Center (IBM® PowerVC™) is an advanced enterprise virtualization management offering for IBM Power Systems. This IBM Redbooks® publication introduces IBM PowerVC and helps you understand its functions, planning, installation, and setup. It also shows how IBM PowerVC can integrate with systems management tools such as Ansible or Terraform and that it also integrates well into a OpenShift container environment.

IBM PowerVC Version 2.0.0 supports both large and small deployments, either by managing IBM PowerVM® that is controlled by the Hardware Management Console (HMC), or by IBM PowerVM NovaLink. With this capability, IBM PowerVC can manage IBM AIX®, IBM i, and Linux workloads that run on IBM POWER® hardware.

IBM PowerVC is available as a Standard Edition, or as a Private Cloud Edition.

This publication is for experienced users of IBM PowerVM and other virtualization solutions who want to understand and implement the next generation of enterprise virtualization management for Power Systems.

Unless stated otherwise, the content of this publication refers to IBM PowerVC Version 2.0.0.

Appendix A. Useful commands and scripts